With a calibrated reopening and a new government in place, the Philippines looks set to pick up from where it left off, promising to become once more the region’s bright economic star.

The new government has set the priorities for its six-year term, focusing on job creation, food security and self-sufficiency, adequate energy supply, infrastructure development, public health, education and tourism, among other areas.

Private sector participation in this new phase of growth is especially exciting. A pivot is underway to crowd-in financing for infrastructure to supplement government resources, which served as a back-stop at the height of the pandemic. The goal is to bring down the deficit-to-GDP to the 3% level by 2028.

One of the most important advantages of the Philippines is its young population. About 65% out of a population of 110 million are aged 15 to 64 years. This much younger working population, compared with its neighbours, is what can drive the economy as it transitions to the digital age.

The economy is to projected to grow from 6.5% to 7.5% this year, expanding to 8% annually from 2023 to 2028, the highest among the Asean+3 countries. By 2028, the Philippines is expected to reach upper-middle income status with a poverty rate declining to single digit, or 9%.

It won’t be without challenges. While the country is expected to benefit from an improving domestic environment, the external conditions have turned less favourable.

The Asset Events is delighted to be hosting the 17th Philippine Summit. As the longest-running event hosted by an international investment platform, this high-level event gathers policymakers, game changers and innovators to discuss opportunities and challenges as a new leadership takes over to chart the country’s course in the next six years and beyond. The Summit will tackle the following topics: Benjamin Diokno
secretary of finance, department of finance
Republic of the Philippines
09:45 AM
Panel 1: Developing a sustainable capital market

The domestic bond market continues to grow, reaching 10.43 trillion pesos in the first quarter of 2022 largely due to issuances led by the government to support the recovery from the pandemic.The Philippine Stock Exchange expects companies to return as recovery takes shape. These companies are expected to showcase their sustainability credentials as the Philippines steers its economy towards sustainable and resilient growth. 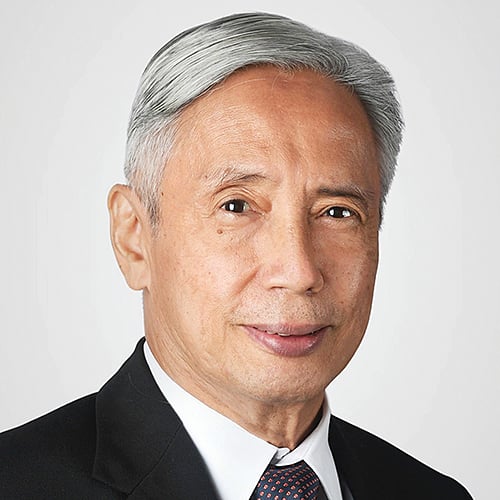 Digitalization has accelerated during the pandemic. The value brought by digital economy can be extensive and can be shared by all sectors of society, thus accelerating long-term economic growth. Various efforts are underway to streamline and digitalize such as initiatives to democratize bond investing and encourage small and medium enterprises (SMEs) to expand their financing sources. The adoption and faster implementation of the national ID system also plays a major part. There has been progress in digital transformation so far but challenges remain. Underinvestment, due to decades of insufficient competition and outdated legal, policy, and regulatory frameworks, continues to slow progress compared with neighbouring countries.

12:05 PM
Networking and lunch
Previous event
Webinar
16th Philippine Summit: Reviving paths to recovery
12 & 19 October 2021
Thank you.
Thank you for your registration. An email will be sent to you shortly. Please check all your folders (including junk).
Registration